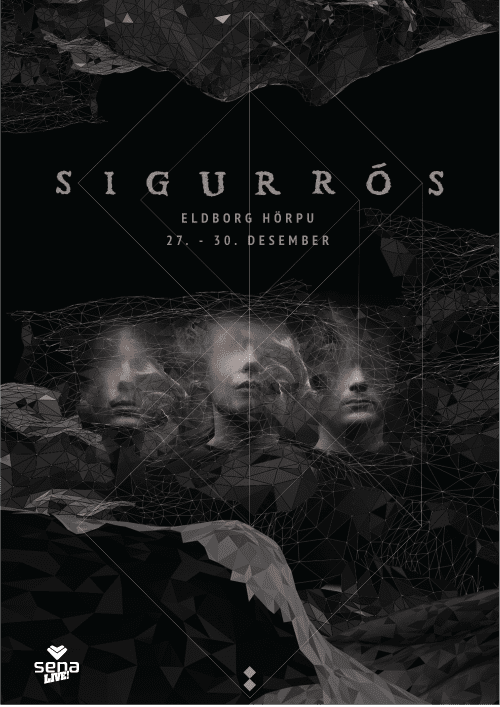 Sigur Rós will perform four concerts in Eldborg, Harpa’s main hall, on December 27, 28, 29 and 30. During that time, the band also cordially invites you to the “Norður og niður” festival. The phrase means “go North and go down”, but translates more accurately as “going to hell”.

THE CONCERTS
The days leading up to New Year is the perfect time to join Sigur Rós in the world’s most northerly capital. This will mark the end of an 18 month world tour and is the first time in 5 years that the band performs on their native soil of Iceland, and their most intimate since the tiny regional shows on the Heima tour more than a decade ago.

Besta concert tickets are also available, you’ll get one of the best reserved seats in the house as well as NORÐUR OG NIÐUR T-shirt, tote bag & NORÐUR OG NIÐUR 7 inch featuring an exclusive Sigur Rós track. Note: All limited edition designs exclusive to 2017 Eldborg Besta shows. The merchandise can be collected on the day of the concert in question. Ticket holders will receive an e-mail with more information on where and how they can collect the merchandise.

With a capacity of only 1,500 per show, tickets for each Sigur Rós performance will be strictly limited to two per customer and released by proof of ID on day of each show from 10.00 – 18.00 at Harpa. Please, bring your receipt or Gaman Travel voucher/confirmation.

THE FESTIVAL
In addition to the concerts the band will set up residence in Reykjavik’s state-of-the-art venue, Harpa, to fill the shortest days with the brightest array of music, art and performance from Iceland and beyond. Norður og niður is a festival that takes place during the very same days that Sigur Rós performs in Harpa. It will host musical performances, art installations, dance pieces, film screenings, spoken word and impromptu happenings, many of them featuring the extended network of friends and collaborators that they have met and worked with throughout their twenty-plus year career.